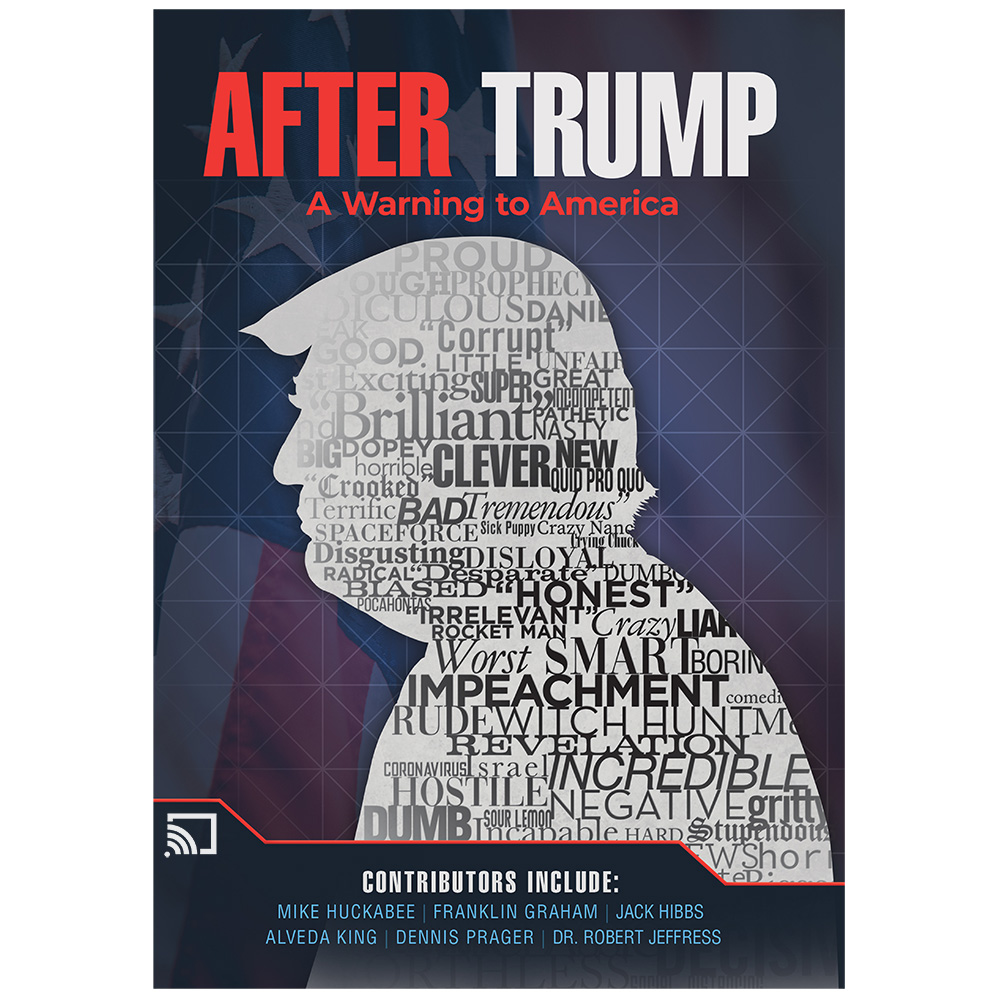 – After purchase, you will be directed back to this page to view the film.

– A Digital Streaming purchase has no expiration, but Digital Rentals expire in 48 hours from the time of purchase.

– Streaming and Rental products require you be logged in to view the film online after purchasing.

This special Director’s cut of After Trump addresses the aggressive movement seeking to bring America under control of a One-World Government. For decades there have been powers at work to establish globalism and destroy the sovereignty of the United States.

This movement is dismantling America’s liberties, teachings, values, and silencing our voice in religious, economic, and public places around the globe. Removing American borders and submitting to a controlling one-world centralized government is their ultimate goal.

As President Trump has said, “we are part of one of the greatest stories ever told: the story of America. It is the epic tale of a great nation whose people have risked everything for what they know is right, and what they know is true. It is the chronicle of brave citizens who never give up on the dream of a better and brighter future.”

President Trump has brought the transformation of America towards globalism and socialism to a screeching halt. He has taken action to protect the unborn and our religious freedoms more than any other President.

He has fought for ‘We The People’.

But Donald J. Trump is still by far the most polarizing figure to ever hold the office.  Some have called him the worst thing to happen to America. A racist, sexist, crazy, and unhinged. Others have called him a man of integrity, a true patriot, appointed by God to lead the United States.

Love him or hate him this film answers the question; What will the world look like in 2024 after Trump?